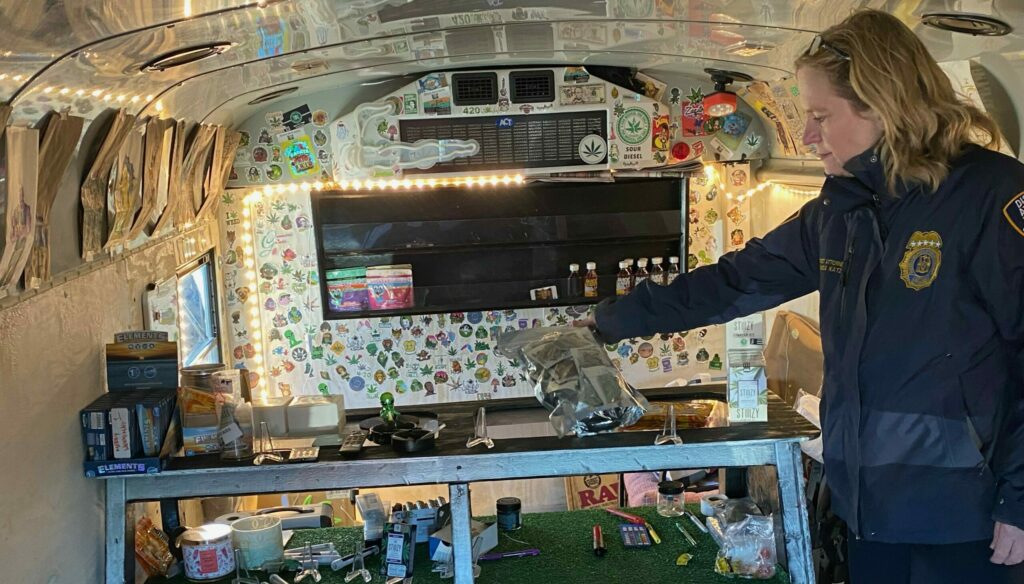 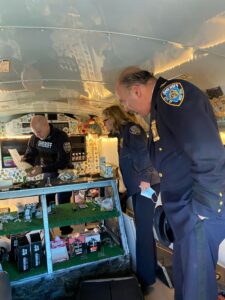 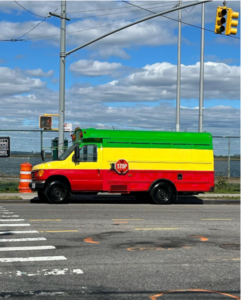 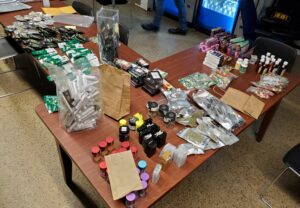 Queens District Attorney Melinda Katz announced that two men were charged with unlawful sale and criminal possession of cannabis for allegedly operating an illegal marijuana dispensary from a converted school bus in Rockaway Park, across from the Rockaway Ferry Dock, less than two blocks from nearby schools. The seizure of the truck comes on the heels of an investigation by District Attorney Katz’s office triggered by complaints about the illegal sales from members of the local community and amid growing health concerns about contaminants in illicit cannabis products.

District Attorney Katz said: “Stores, trucks and other outlets currently selling recreational marijuana are doing so illegally. What consumers are buying from these sellers is not regulated and most certainly has not been tested by the state. Private testing has found that the cannabis products sold through these illegal operations often contain harmful contaminants. And the illegal dealers are undercutting the legal sellers before they are even able to get started, translating into lost tax revenue and lost funding for essential public services.”

New York City Sheriff Anthony Miranda said: “The Sheriff’s Office will continue to work collaboratively with all of our law enforcement partners to address this public safety crisis in order to protect all New Yorkers. While the city has an obligation to support legal dispensaries, many stores in each borough continue to break the law by selling unregulated products which are dangerous and often marketed to children. We will continue to work with our partners to take enforcement actions against those who sell this contraband and evade taxes. The Sheriff’s Office thanks Queens District Attorney Katz and her staff for their diligent work on this joint investigation and we will continue to partner with her office to address these public safety issues.”

Herrera and Reilly allegedly operated their business, Beach Boyz Budz, seven days a week, from 9 a.m. to 9 p.m., while parked across from the Rockaway Ferry dock—less than two blocks from two neighborhood schools—to attract business from passengers getting on and off the Rockaway Ferry. According to the complaint, the operation of this business was conducted without required authorization from the New York State Office of Cannabis Management.

DA Katz said a recent investigative report issued by the New York Medical Cannabis Industry Association, which represents licensed dispensaries, revealed the presence of e. coli, lead, salmonella and other contaminants in pop-up and illegal dispensary products throughout the State. Furthermore, the report revealed that mislabeling and youth-targeted branding utilized by the illegal businesses have oftentimes placed consumers at risk, threatening the overall success of the State’s adult-use program.