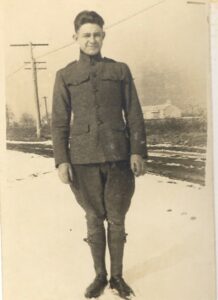 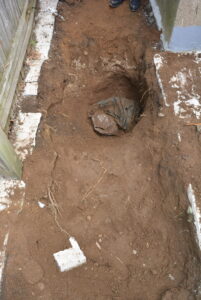 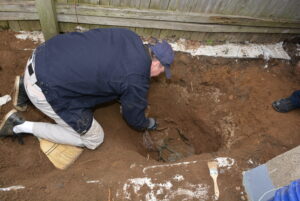 Queens District Attorney Melinda Katz and NYPD Commissioner Dermot Shea announced today that Martin Motta, 74, has been indicted by a Queens grand jury and arraigned in Supreme Court, charging him with murder in the second degree for the 1976 killing of an 81-year-old World War I Veteran.

District Attorney Katz said, “After 45 years, the alleged killer of a WWI Veteran is being held accountable and brought to justice. We hope the identification of the remains and the indictment in this case will begin to bring peace and closure to his loved ones. This indictment serves as an example of how police and prosecutors work together to bring individuals alleged to have committed crimes to justice, regardless of how much time passes or how many obstacles are placed in our path.”

Police Commissioner Shea said, “The officers of the NYPD’s Detective Bureau, its Homicide and Cold Case squads, and its highly trained forensic units, never forget and never give up. Here again, this case shows that no matter how much time passes, our police officers and partners in the Queens District Attorney’s Office carry out a sustained commitment, across decades, to establishing justice for crime victims and their families in New York City.”

Motta, of Jamaica, New York, was arraigned today before Justice Kenneth Holder charging him with murder in the second degree. The defendant was ordered to be returned to Court on November 5, 2021. If convicted, Motta faces up to 25 years-to-life in prison.

According to the charges, on March 12, 2019, human remains consisting of a pelvis and partial torso were discovered buried under concrete in the backyard of 87-72 115th Street, Richmond Hill, Queens. The body had been dismembered at the neck, shoulders, and hips.

The remains enabled the Office of the Chief Medical Examiner to determine a DNA profile, in the hopes of identifying a family member. That profile was searched within local, state, and national databases with negative results.

Earlier this year, the Queens District Attorney’s Office and the NYPD sought the assistance of a private laboratory and the FBI to help generate leads to the unknown victim’s identity. In February 2021, the laboratory, Othram Laboratories, used advanced DNA testing to produce a comprehensive genealogical profile from the skeletal remains. The genealogical profile was given to the FBI, which then generated leads that were turned over to the Queens District Attorney’s Office and the NYPD. Investigators began to contact potential family members of the victim and obtained DNA samples for comparison to the discovered remains.

Through these combined efforts, investigators were able to confirm that the remains found were those of George Clarence Seitz, a veteran of World War I. Further investigation revealed that Mr. Seitz, then 81-years-old, went missing at approximately 10 a.m. on December 10, 1976. He was last seen leaving his home in Jamaica, reportedly on his way to get a haircut.

After a painstaking investigation led by the NYPD and the Queens DA’s office, crucial evidence was uncovered that allegedly links Motta to the crime. The investigation included multiple interviews of witnesses and extensive searches of records through various agencies that spanned five states.

The investigation was conducted by Detectives Erik Contreras and Robert Salvatore from the New York City Police Department’s 102nd Precinct Detective Squad under the supervision of Sergeant Christopher Esposito and Detective Michael Gaine, of the Queens South Homicide Squad, and under the overall supervision of Lieutenant James McGarry. Also assisting in the investigation were Detective Investigators Perelene Kaalund and Thomas Lockwood and Sergeant Kevin Kehoe, of the Queens District Attorney’s Office’s Detective Squad.