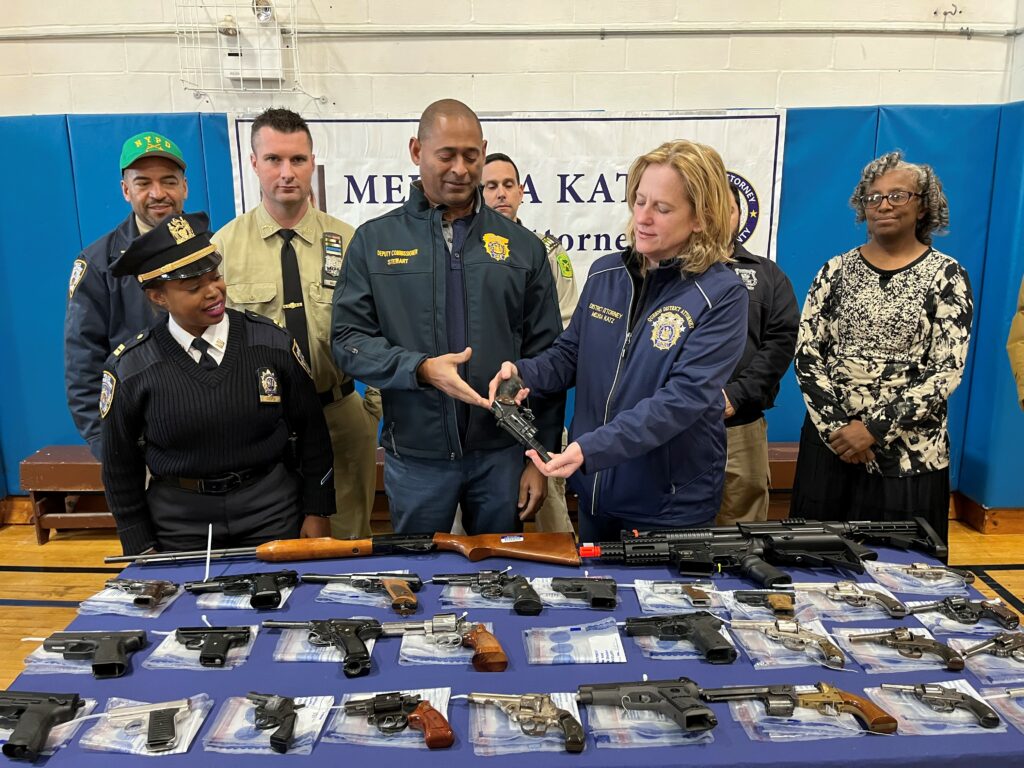 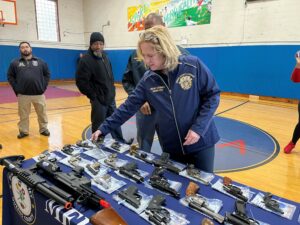 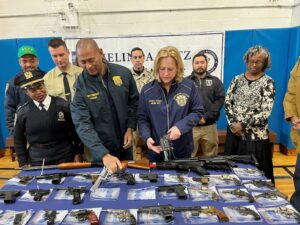 Queens District Attorney Melinda Katz and the New York Police Department announced that 32 guns were collected today at the Church of God Christian Academy in Far Rockaway, Queens. The gun buyback events seek to curb gun violence and the destruction it causes by accepting working unloaded firearms – with no questions asked – in exchange for compensation.

District Attorney Katz said: “Gun violence will never become the norm in our communities, and we will continue to make every determined effort to rid our streets of this plague. My Office, in partnership with our faith-based leaders, local public officials and neighborhood residents, stand united in support of meaningful prevention strategies such as the gun buyback events. Each of the 32 guns recovered today is a move away from potential destruction. I thank today’s co-sponsors for their partnership and dedication to public safety.”

NYPD Commissioner Sewell said: “Every gun that we get off our streets is a gun that will never be used to harm another New Yorker. This gun buyback event is one more component of our continuous effort to keep the people of New York City safe, and I want to thank the Queens County District Attorney’s Office for its partnership in this important program – and for its steadfast commitment to public safety.”

Congressman Meeks said: “Every gun that is surrendered is a step toward ensuring safer communities and preventing the loss of lives. I commend local officials and partners for placing public safety at the forefront by leading this event to eliminate gun violence in our communities and protecting our neighborhoods. We must continue implementing initiatives such as the Queens Gun Buyback program to reduce preventable crimes and tragedies.”

New York Attorney General James said: “Public safety is our top priority, and my office will continue working to ensure that every New Yorker feels safe and secure. Gun buybacks are one of the ways we can help prevent tragedies, get guns off the streets, and help save lives. I thank District Attorney Katz and our partners in law enforcement for their work on this important initiative.”

City Council Majority Whip Brooks-Powers said: “Our community has been devastated over and over again, and we must do all we can to get illegal guns off of our streets. The gun buyback program, while one of many solutions, have proven effective. I commend Queens District Attorney Melinda Katz for her continued partnership and commitment to combatting the root to gun violence – access to illegal guns.”

Today’s buyback was the eighth of DA Katz’s administration. Combined, they have collected over 400 firearms.